Why I am going to Madagascar 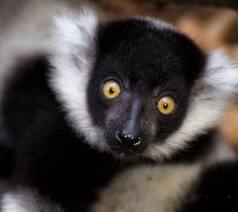 In April 2013 I will be heading for the magical island of Madagascar to take part in a 4 week charity expedition. I have secured one of a limited number of places on the Conservation scheme run by the charity Azafady, who run projects in rural southeast Madagascar supporting conservation, humanitarian and sustainable development projects. I’ve always wanted to go to Madagascar to experience the amazing biodiversity of the island (the lemurs and all the flora and fauna) but I also want to make a contribution to the conservation of the land I am visiting rather than just being a tourist.

Set in the Indian Ocean off the east coast of Africa, Madagascar is the world's fourth largest island and is recognised as one of the planet's top conservation priorities. 80% of the island's plant and animal species (including 71 species of lemur) are found nowhere else on earth. Azafady is proud to be working with Parc Botanique et Zoologique de Tsimbazaza on Conservation, the national botanical and zoological gardens striving to be the leader in captive breeding of the nation's primate species. On Conservation, I will be working with the staff of PBZT and with Azafady in the Fort Dauphin region, an area which has been substantially deforested but retains fragments of some of the most important tropical forests in the world. The work of the Conservation team will be concentrated in the littoral forest which is a highly endangered coastal habitat.

I will be paying for my own flights and expenses but as part of the scheme I need to raise a minimum donation of £1150. This goes directly to support Azafady’s work.

I’ll be raising money over the next few months by organising some special arts and music events with HungaMunga, an exhibition of paintings of lemurs, as well as asking for support from my friends.

I'll be posting some images of my paintings and prints soon and selling some online.

Thank you for reading...
Lloyd